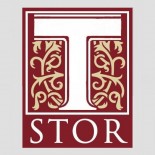 Music, Culture, and Life in the Non-Profit Fast Lane

The 2012 Presidential Election is over. I covered that topic through a musical lens pretty thoroughly in my last two posts. I wanted to briefly follow up on these political developments by looking at some recent intersections with my own research into U.S.-Cuban musical reactions and work activities at Florida’s state arts agency. Now that Barack Obama has been reelected, it’s time to look forward and ask what that means. For me, major questions center around arts funding and Cuba policy. Did the election hinge on these issues? Not at all. While Obama’s stance on these issues was more competent and encouraging than Romney’s, it is up to advocates to remain vigilant and encourage positive action.

Musicians have reason to be concerned because symphony orchestras in this country are struggling. Musicians in the Minnesota and St. Paul Chamber Orchestras have been locked out leading some to move elsewhere. Orchestras have also faced lock outs and strikes in Atlanta, Chicago, Cleveland, Indianapolis, Jacksonville and Seattle. Some have already had to file for bankruptcy, and the rest are trying to get creative to remain solvent. In a great essay by the New England Conservatory of Music’s President, Tony Woodcock, he spells out part of the problem:

The arguments presented seem to be two-fold — musicians and unions maintaining that the current problems are cyclical and not permanent. It’s all a failure of management anyway, so hold out and things will be OK. Conversely, management insists that the problems are fundamentally economic and systemic and must be resolved through draconian cuts if orchestras are to survive. There appears to be no middle ground. So are we to see orchestras vanishing from our communities as many people are predicting? No more great repertoire? Concert halls closed and musicians unemployed?

This combination of musical crisis and Presidential politics made for interesting circumstances when 72 Cuban orchestra members arrived to give 21 performances across these United States. Over the last month, I’ve attended various performances by the National Symphony Orchestra of Cuba on their first U.S. tour. Their visit concluded with two performances this weekend at the Kravis Center for the Performing Arts in West Palm Beach where I had the opportunity to give pre-concert lectures on Saturday and Sunday (you can listen to a recording of my lecture here). The performances I witnessed were all great, and the greatest treat was being able to hear Ignacio “Nachito” Herrera’s virtuosic and playful interpretations of Gershwin, Lecuona, and López-Gavilán multiple times. For an in-depth analysis of the tour and music performed you will have to check out my dissertation, which will be written someday (no really, it’ll happen). To hear some musical examples from their tour, check out this review from WGBH Boston.

The National Symphony Orchestra of Cuba’s visit then presents a useful contrast in how the arts are funded and raises questions about what role the orchestra should play in the U.S. today. The orchestra was formed in 1959 as one of the first cultural projects of the Cuban revolutionary government. It held its first concert in 1960 in the concert hall that still serves as its home, the Teatro Amadeo Roldán in the Vedado district of Havana. The orchestra has performed in tours throughout the world and has played an important part in popularizing Cuban and Latin American composers among new audiences. As part of a cultural initiative in Cuba’s socialist experiment, the orchestra is primarily supported (like many Cuban industries) by the government. The Cuban Ministry of Culture supports numerous musical ensembles in this way. A comprehensive, comparative study on the lives of orchestra musicians in different economic systems would be enlightening, but that’s not something I’m prepared to do. I just want to use this as a point of departure. I would love further public support of the arts including symphony orchestras in this country, but I’m not calling for a massive government takeover of our orchestras either.

The government already provides a minimal but important amount of funding to non-profit arts institutions, and it’s unfortunate that even this small amount comes into question by conservative politicians. This funding is a no-brainer because it pays dividends for this country. Robert Lynch recently made this point in an Americans for the Arts ArtsBlog post entitled “The Arts Aren’t Red or Blue”:

Roughly 10 percent of the $61 billion aggregate budgets of the nonprofit arts in America comes from government—mostly local and then state government and finally federal sources. Yes, this is a tiny portion of the whole, and it is actually a lot smaller than many people, including many politicians, think. This 10 percent is indeed a small amount compared to the 30 percent the private sector—(mostly) individuals—chips in and the 60 percent that comes from earned and investment income.

But that 10 percent is critical in what is a very conservative funding model for arts in our country. I call this model conservative because a very modest government investment leverages more than 60 times as much private and earned revenue to create a whole industry and support millions of jobs.

When federal and state budgets allocate money to the National Endowment for the Arts and state arts agencies, that money is distributed to deserving arts organizations where it is combined with other dollars and spent on arts activities that enrich communities culturally and financially.

That small amount of government seed money is important, and it should be increased because it’s a practical way to support our communities and the economy. The enemy of most things practical, however, is ideological. Mitt Romney pledged to cut the NEA, NEH, and PBS when he was on the campaign trail trying to bolster his right-wing credentials. He promised to do this despite the fact that arts funding has been shown to support the economy, and cutting government arts subsidies would hurt rural areas (that supported Romney over Obama) more than anywhere else. Large cities would still have some events funded by wealthy private donors in the absence of those subsidies, but the traveling shows that visit small towns in North Dakota where they are really appreciated (just ask my grandma) would disappear. Conservative dogma in this country is against government involvement in any aspect of the economy that isn’t absolutely necessary, and the arts have been a regular target for 30 years now. Of course, the Cuban government’s strong support of the arts comes from a leftist ideological stance, which has created its own problems related to censorship and the support of certain genres and styles at the expense of others.  Would art disappear if we left it completely up to market forces to support? Probably not, but it would be unrecognizable to what we have today. PBS would be all reality shows and our orchestras would be forced to play all pops concerts where pops meant catchy arrangements of “Call Me Maybe” and “Gangnam Style.” On the other hand, a U.S. Ministry of Culture in control of arts initiatives would also be potentially dangerous, as it could be used to reflect the political biases of whichever administration was in control at the time and potentially have the end result of hampering creativity. Our NEA-based funding method, which falls in between these two ideological poles, works.

So what does this mean for the future of U.S. orchestras? They too need to adopt a middle-of-the-road approach while also transforming themselves to meet the needs of the modern world. U.S. orchestras need to get their fiscal houses in order, actively advocate for greater arts funding, and try to engage new audiences. While cuts for musicians and management may help some orchestras get through the economic downturn, symphony subscribers aren’t getting any younger. So unless a transformation takes place, the questionable status of orchestras in this country is only going to grow. I largely agree with the Tony Woodcock article mentioned earlier, where he suggests expanding beyond performance as the primary focus to a multi-faceted education mission. He states:

Whatever the various solutions, the musicians should be trusted and empowered to conceive of them themselves, because they have an amazing ability to do something totally astounding. Leadership for all of this would be shared by the musicians, management and the board — not just as equal and respected partners, but as stakeholders in an educational mission. There would, of course, still be some regular concerts, but with so much creative energy flowing, these would take on a totally different aspect.

Is this democratizing the art form and taking it away from its elitist roots? Yes, probably. But such a reimagining is not a political act. Rather, it is the logical outcome of recognizing that our world has changed, and there are other needs and expectations to be met in a much wider community.

Who better to come up with creative solutions than the artists? Additionally, it will be imperative for artists and musicians to take part in the political process as advocates for arts funding and maybe even as politicians themselves. The National Symphony Orchestra of Cuba was very careful to avoid treading in political waters on their tour, but the time has come for U.S. musicians to dive into that muck as arts proponents. Arts funding works, but we need to encourage all of our recently elected legislators to help make it work. During tough economic times with a record deficit, increasing funding for the arts is going to be a hard sell over the next year, but we will have to work to fight further cuts. When the economy rebounds, hopefully arts funding and the American symphony orchestra will rebound with it.

Maybe the next time the National Symphony Orchestra of Cuba tours the U.S. (thanks to Barack Obama’s reelection, U.S.-Cuban musical exchanges will be able to continue) there will be an emerging model for the U.S. symphony orchestra. By engaging the community through education, participating in the political process, and highlighting the economic importance of the arts, orchestra musicians can come out of this crisis with the confidence that the art form they love so much will be alive and well in the U.S. for generations.